A Brief About Django

This framework is created by Django Software Foundation and was at first delivered in 2005. The primary objective of the framework is to ease the complex development of web-applications in less time. It is being used in well-known websites like Mozilla, Bitbucket, Pinterest, etc. One of the critical points of Django is that it has a standalone feature for development and testing, and it is very lightweight. It offers easy mobile integration and has some of the best documentation around.

A Brief About Laravel

It is a framework of PHP that was initially released in 2011. Laravel is mainly used in the development of Content Management System applications. This framework provides various in-built features such as authenticity and authorization that make development an easy process for the developers. There is a massive community of the best Laravel programmers for hire.

Significant Comparisons Between Django and Laravel

Django is a dynamic web framework based on Python. It is mainly used in website categories of electronics and computers, food and drinks, science and reference. It is a leading web framework in countries like Russia, France, Spain, the U.S., and 30 other countries. Moreover, it provides rapid development and backs a massive community of developers.

On the other hand, Laravel is a PHP framework that is used in creating websites under the categories of entertainment, shopping, business and industry, and telecommunication. Laravel too backs a massive community of developers, but for mastering Laravel, one should know to be through with the concept of PHP. As a web framework, it is mainly used in Brazil, the U.K., China, and 157 more countries.

Both the frameworks host a massive community of developers and host numerous contributors on Github. If you ever get stuck in between the development process on any of these, you indeed have a helping hand.

Based on Ease of Learning

For Django, the learning curve for Python is virtually non-existent. It makes it convenient and straightforward to learn. It also offers better readability for code, making it easy for the developers to work on it.

Laravel is an intuitive framework that helps you in mastering modern PHP frameworks with database migrations, packages, templating, etc. There are numerous learning resources for Laravel, but considering it deep and intuitive, one needs to be thorough with PHP concepts to be able to efficiently work with Laravel. It’s good to Hire Laravel developers to get desired customizations in web development.

In terms of code, Laravel wins the race as its code is relatively easy to understand. On the other hand, Django’s code is quite complicated as it uses regular expressions in the routing process. It makes it challenging to use it for beginners.

Various developers work to integrate APIs. The easier it is to create or integrate an API, the more loved it is by the developers. Laravel comes with in-built support for API building, whereas Django doesn’t offer this built-in feature. Here, a developer has to use a library to work around it and implement similar features.

To conclude, Django gets a win over Laravel, but not without conceding some essential points. Though Django stands ahead of Laravel in terms of security and performance, it doesn’t mean it is the best development solution in all cases, as in the process of development, simplicity and convenience is far more important than speed.

24 thoughts on “Django vs. Laravel: Which Framework To Use?” 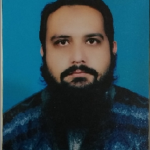